Why are MRL elevators favored by many families?

MRL elevators have been developed for more than 100 years and currently have mature technology. The MRL elevators sold on the market are the fifth-generation traction type machine-roomless household elevators, which can be installed in high-rise residential buildings or in villas. There are no restrictions on the floors, and it takes up less space.

MRL elevators have a very high market share, with a share of over 99%. Other types of elevators are far lower than MRL elevators.

The daily cost of using MRL elevators is very low, and the power consumption of the machine is equivalent to a refrigerator, which only costs a few cents a day. 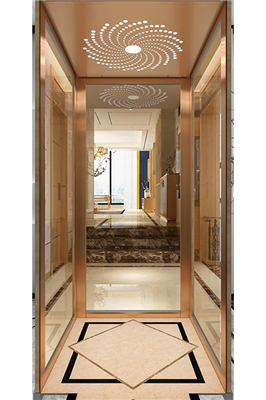 In summary, the analyzed reasons for the popularity of MRL elevators in the market. In addition to the advantages described above, the owners can also customize them according to their own needs.

China Fuji Elevator is one of the leading MRL passenger elevator, MR Home lift Manufacturers and Supplier, Our product quality has passed international certification, and the price is affordable, welcome to call and order our products.

The features of MRL elevators are as follows:1. The main engine, drive cabinet and control cabinet of MRL elevators are installed on the upper part of the hoistway, and no special machine room is required. Compared with traditional elevators, it has great advantages in appearance.

MRL elevators refer to elevators that do not require a building to provide a closed dedicated machine room for installing elevator drive hosts, control cabinets, speed limiters and other equipment. MRL elevators is not a simple partial improvement of the traditional elevators in the past, but a major change in elevator technology.