What are the main components of MRL elevators

What are the main components of MRL elevators

Today, almost all MRL elevators used in the world use permanent magnet synchronous gearless traction machines. But it can be divided into dish shape, square shape and barrel shape in shape.

The control part of MRL elevators is the same as the elevator with machine room, except that it adopts new components and the latest drag control system technology, which can install the parts more compactly, compress the volume of the control cabinet, and enable it to be installed in the hoistway or Embedded in the hoistway wall. 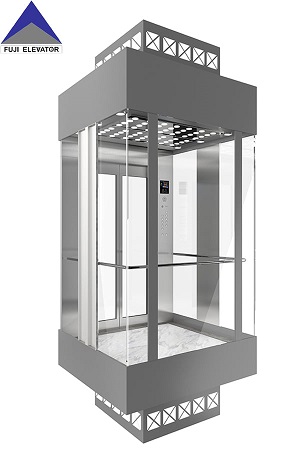 The speed limiter is installed in the hoistway, but the linkage test of the dynamic lifting safety gear can be carried out outside the hoistway, and the mechanical and electrical parts can be ensured to reset after the action.

MRL elevators refer to elevators that do not require a building to provide a closed dedicated machine room for installing elevator drive hosts, control cabinets, speed limiters and other equipment. MRL elevators is not a simple partial improvement of the traditional elevators in the past, but a major change in elevator technology.

Industry data shows that in the first half of 2020, the growth rate of the total number of elevators in my country exceeded 15%, and the proportion of shipments in the second half of the year compared with orders decreased, but the annual growth rate of production and sales remained at about 15%, compared with the previous year.

What is the development direction of the elevator?