What are the advantages of MRL elevators compared with MR elevators?

What are the advantages of MRL elevators compared with MR elevators?

1. The advantage of MRL is that it saves space and can only build a maintenance platform under the host.

2. Since there is no need for a computer room, it has greater benefits to the building structure and cost, which allows architects to have greater flexibility and convenience in design, and gives designers greater freedom. At the same time, due to the cancellation For the computer room, for the owner, the construction cost of MRL elevators is lower than that of MR elevators. 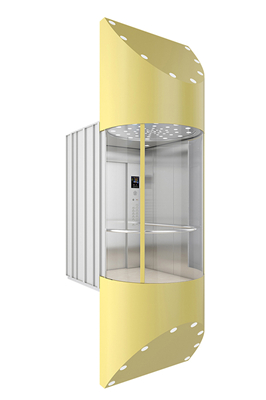 3. Due to the particularity of the overall design of some antique building buildings and the requirements for the roof, the elevator problem must be solved within an effective height, so MRL elevators can meet the needs of such buildings. In addition, in places with scenic spots, because the machine room is on the floor High places, thereby destroying the local ethnic exoticism, if you use MRL elevators, because there is no need to set up a separate elevator main room, you can effectively reduce the building.

4. Places where it is not convenient to set up elevator machine rooms, such as hotels, hotel annex buildings, podium buildings, etc.

The traditional elevator machine room mainly refers to the placement of the elevator's traction machine, speed limiter, control cabinet and other components in the machine room.

During the designated period of elevator maintenance, the elevator components in operation are inspected, refueled, dust removed, and safety devices are debugged. Including non-destructive testing and lubrication maintenance of elevator traction ropes.