The invention of the elevator

The invention of the elevator

There are short stories about the invention of elevators. Let us understand the development process of elevators.

In 1853, at the World Exposition held in the Crystal Palace in New York, the American Elisha Graves Otis showed the world his invention for the first time. Standing on the elevator platform full of goods, he ordered his assistant to raise the platform to a height visible to the audience, and then sent a signal to make the assistant cut off the lifting cable of the elevator with a sharp axe. Surprisingly, the elevator did not crash, but was firmly fixed in mid-air-the elevator safety device invented by Mr. Otis worked. "Everything is safe, gentlemen." Standing on the lift platform, Mr. Otis waved to the people watching. No one would have thought that this was the first safety elevator in human history. 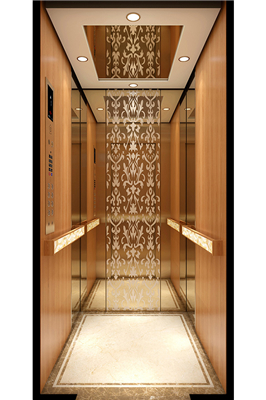 Humans have a long history of using lifting tools to transport goods and personnel. As early as 2600 BC, the Egyptians used the most primitive lifting system when building the pyramids. The basic principle of this system has not changed so far: that is, when a counterweight drops, the load platform rises. Early lifting tools were basically powered by manpower. In 1203, a donkey-powered crane was installed in a monastery on the coast of France, which ended the history of using humans to transport heavy objects. After the British scientist Watt invented the steam engine, the crane device began to use steam as power. Immediately afterwards, William Thomson developed a hydraulically driven elevator, the hydraulic medium is water. On the basis of these elevators, generations of innovative engineers are constantly improving the elevator technology.

What are the application technologies of elevators in life, let us understand.