The structure of the elevator

What is the structure of the elevator? Let's see. 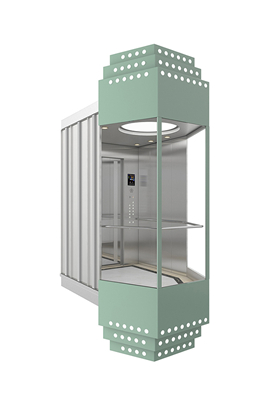 Car: The car is the elevator component that transports passengers and goods, and is the working part of the elevator. The car is composed of a car frame and a car body.

Weight balance system: The main function of the system is to relatively balance the weight of the car. During elevator operation, the weight difference between the car and the counterweight can be kept within the limit to ensure the normal traction transmission of the elevator. The system is mainly composed of counterweight and weight compensation device.

An elevator refers to a permanent transportation device that serves several specific floors in a building, and its car runs on at least two rows of rigid rails that are perpendicular to the horizontal plane or whose inclination angle to the plumb line is less than 15°.

How to make the elevator safer? Unexplained power outages, line failures, elevator failures, etc. Let the high-end property elevator, which itself means a symbol of high-quality life, act as an invisible killer.

How to choose elevator accessories? With the changing needs of modern buildings, more and more buildings are emerging, and the atmosphere of a modern city is becoming stronger and stronger.